The leap that photography has made in the last 10 years, has been far more radical, than in the last hundred years. For naturalists, this has been god send, as it has allowed many us, to make the fussion of nature interpreting and nature photography easier, and now we can use this new tool to gather information in the field, and evaluate our work as we go. Without a doubt, Internet and the social networks have enable people to learn and share information, that was unthinkable 20 years ago. However, most of us, do not take advantage of this wealth of assets, that technology provides us to work on nature projects. This article will present you, how two photographers, that do not know eachother, met through internet and worked on our field observations to bring out the behavioral parallels of two species of macaws feeding on the fruits of the same tree over 400 miles away from eachother.

TAKE YOUR TIME AND MAKE A PHOTOSTORY


Living on the fast lane can be good for certain things, however, when nature photography becomes an objective for story telling, I have learned that it pays to slow down. Long time exposure and observations makes the image hunter keen on the object of his picture taking. Blanca and I have been photographing wildlife for some time now, and in a Facebook Macaw forum, I saw her pictures of a Chestnut-fronted macaw (Ara severa) feeding on the fruit of a Possumwood or Jabillo tree (Hura crepitans). As it turns out, the Possumwood's sap is so venomous, that it was used by Carib Indians to poison their arrows and to paralyze fish in the water. So that knowledge inspired the need in me to document the event. As it turns out, the most accessible macaws I had were the big Blue and Yellow Macaws(Ara ararauna). They happened to be feeding on a possumwood tree, right across the street from my apartament building. So I was lucky to know when they visited the tiny park and its fruiting trees.


Macaws constantly patrol their territories to survey their food, water, and refuge resourses. I am conviced that they create a visual and seasonal map in their brains that enable them to survive within their home range. Once they find a fruiting tree, they will fly down and explore its canopy assessing the conditions of the fruits. They will feed on ripe or unripe fruits. How do they determine this scapes me. However, when it comes to the Possumwood, the unripe fruit is softer than the drier ripe fruit that hardens to a wood like form as it ripes.

As you see in the picture above, the Chestnut-fronted is  smaller than the Blue and Yellow, where the former is 20" and the later 33". This will make their handling of the different in some ways.

Blanca claims that the Chesnut-fronted fly down the canopy, search for the fruit, cut the off their  stalk and then they move out of sight to the inner canopy to feed.

As the fruit is about to be severed from the stalk, the macaw grabs the fruit with one of its claws and keeps on gnawing until the fruit is finally cut off the branch.

Then, it proceeds to take the stalk off and to peel  the central para of the fruit to reach the seeds.

Once, it has reach the seeds, its starts to feed.

If you look at the tail of the Chestnut-fronted Macaw, you will see that the end of its tail feathers are a bit damaged, this is because they use their tail for support while they are handling the fruits.

The Blue and yellow lands on the canopy as well, it searches for the fruits, but once it finds them, they may clean the main branch by chopping off the twigs that hamper their maneuvers.

Then they proceed to clean off the peel and meat of the fruit so they can reach the chambers that encase the seeds.

They use their claws and beaks to amnipulate and open the fruits. The upper part of the beak holds the fruit as the bottom part clears the peel and pulp off.

Once most of the pulp is off, the macaw will break the fruit in pieces, and with surgical skills starts to work chamber by chamber to get at the seeds.


Once the seed is reached, the skill by which the macaws use their tongue and bill in concert to manipulate it into place.

Then, they break the soft seed in half, and eat the inner part. Now that is a lot of work to get food, but macaws and parrots will eat the seeds of this trees at different times of the fruiting season.


Why do macaws go to such extreme labour to feed of a poisonous plant is a good question. Another question will be, how different species of macaws chose to feed on the same food source. These and many other questions remain to be documented, however, the important thing is... that as photonaturalist, we learn to make some time for the observation of our objects and their surroundings as all the information that we gather could be priceless towards learning the natural history of the things we are photographing. 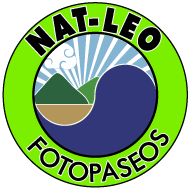