A lot of photo professionals say: I will never use a cameraphone or a compact camera, those things are a joke. No serious, self respecting photographer will ever be caught with one of those contraptions, I mean, that would be ridiculous.

This photographer says...You know what, I am ridiculously happy, to have fallen from grace.

However, how is placing a SMARTPHONE vs a DSLR in a photo contest fair, now, that is nuts! Yes, I am LOONY over my discovery, and paraphrasing the english saying "To each his own", this is what it is all about. This is a fight, that has all the correctness of a handicaped contest, where the contenders are placed in the same competition but at different classes. However, both contenders have to face the same challenges.

In one corner there is the Cameraphone in its black and orange trunks and in the other the DSLR dressed in its ominous black cover, the middle weight champion one of the best know DSLR brands of the world. The The cameraphone is 8 MP and 2 years of age, the DSLR is 18 MP and two years older. Nevertheless, smaller may not be all that bad. 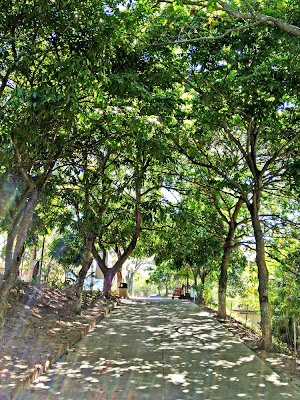 Let me start by saying, that to a pasionate image hunter, the possibility of making as many pictures as possible is Heavan, Paradise, Nirvana or whatever ecstastic feel my may think on your own. However, for the goal oriented, the argument may be, that toy cameras just don't cut it, for the assignment. Well, there is a globally used word this days, with its roots on a finger originated word, which prooves most of the diehards wrong... and the word is DIGITAL. It is one of the most used and least understood words of modern days. It is great to know, that if things are too small or too big, they can be digitized up or down at will, it really is up to you which way you go. So this is a hell of a game changer. 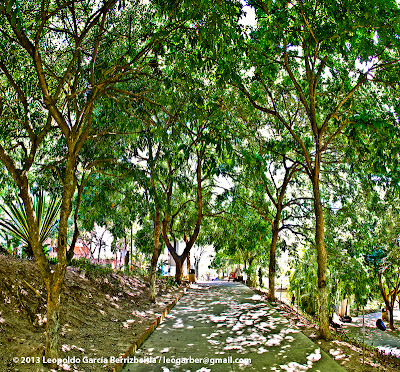 To make the argument better, the cameraphone and DSLR pictures were DIGITIZED to simmilar sizes. Between 1000 and 1500 pixels at their longest side at 72 DPIs for Internet use and the JPEGs were constrained to middle size, for the purpose of this publication. Please keep in mind these words: FOR THE PURPOSE OF THIS PUBLICATION.

The first two photos are from the entrance to a neighborhood maintained PUBLIC PARK. No municipal or gorvenment money involved, just to show, that little people may do better than big brother in some things. One picture was taken by a cameraphone the other by a DSLR. You may tell which one is which, however, can they tell a story on their own if you were publishing them on a BLOG? We are! So, to each their own works with either camera so far.

Its a tie! However, the cameraphone image, lets a few sun rays in, that a well coated lens of the DSLR will not show. Nevertheless, the picture does its job and gets the message away.

To a train eye there are clear differences in between the two photos, however, to the layman either picture will do to the advanced amateur and the pro, the cameraphones have incredible uses for pre poducction, on site light and composition evaluations, site inspections, face recognition of future service providers and whatever one can think to make our shoots easer. 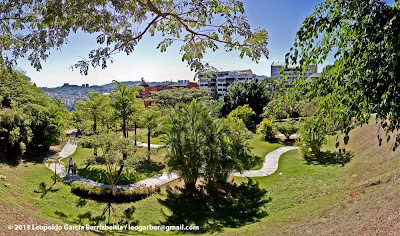 If I had to do a pre-production of a park, in a place I did not know anything about, you can be sure that the use of the cameraphone would be "the thing" to do. Why? I could send via Whatsap pictures and videos for a inmediate response. The images could be saved into Cloud Storage Service or Dropbox for that matter, and my clients and staff, would have first hand information in real time. At the same time, I would be less conspicuous to both crooks and authorities while I get the job done.

However, how does one fare with the limitations of a cameraphone. Well, get to know it, run tests before using it for work and above all, learn the Applications Market that its really incredible.

BACK TO THE FUTURE

In the " Silver Times" currently known as Analog Photography, when someone wanted to inssure the outcome of a photograph, a company named POLAROID revolutionized the market with instantly developed black and white photos. This was back in 1972. Later on, they managed to produce color pictures and the applications were hot for innovators. Soon medium and big format photographers were using Polaroids to see how to work the light and composition by placing "POLAROID BACKS" on tneir cameras and running trial photos before using film. Well, here is the cameraphone...

I messed up the cameraphone panoramic above. The bright grass area was blown out. Why? the meter failed to work well. As it turns out, I was ointing the camera focus to the trees in the back ground, and they were darker than expected. This fooled the samartphone camera into over exposing the middle ground. However, before I deleted the result, I had made a second shot pointing the foucus towards the middle right part of the picture and the expusure came well enough for a keeper.

If you see the grey scale photograph bellow, you can see that the sky and the grass are within the same tonal range. And by pointing towards the middle tones I could compensate por the shadows at home.

Once the correct exposure was determined for the cameraphone, I knew what I had to work my pre-panoramic series on the DSLR to attain the desired results.

The grey scale shows how the Iphone prevented me fro doing a wrong series. I know that we can correct photos as we go by instant review, but if you do not have the DSLR with you, the cameraphone helps a lot.

Finally the last photo was taken with the DSLR. The midtones were quite good, and my picture for this article was just what I needed. So from now on, the cameraphone will be my pre-production camera, and in many instances it will have a place of its own in Digital Camera Adventures.


Best regards, please sign up and keep on following, there is more to come.

See you on the screen.

Nicely driven photo. Looks awesome! The is up to the standard thanks for sharing. Hope to see new things more here.

Step by step explanation and real pictures are increasing the beauty of your blog. I like your work and i hope in future you also update us about that. reflexes.co.uk

The substance you are penning blows out my nous.15 inch digital photo frame